After crossing the River Clyde, a visit to the southside confirms its place in the history of not just the city, but Scotland itself. Two philanthropic families have been key to its development.
From Central railway station, take a train to Pollokshaws West - the trip takes about 10 minutes and trains to and from Glasgow Central normally operate four times per hour (three times per hour on Sundays). From here it approximately 15 minutes walk to the Burrell collection and Pollok house, both in Pollok Country Park. 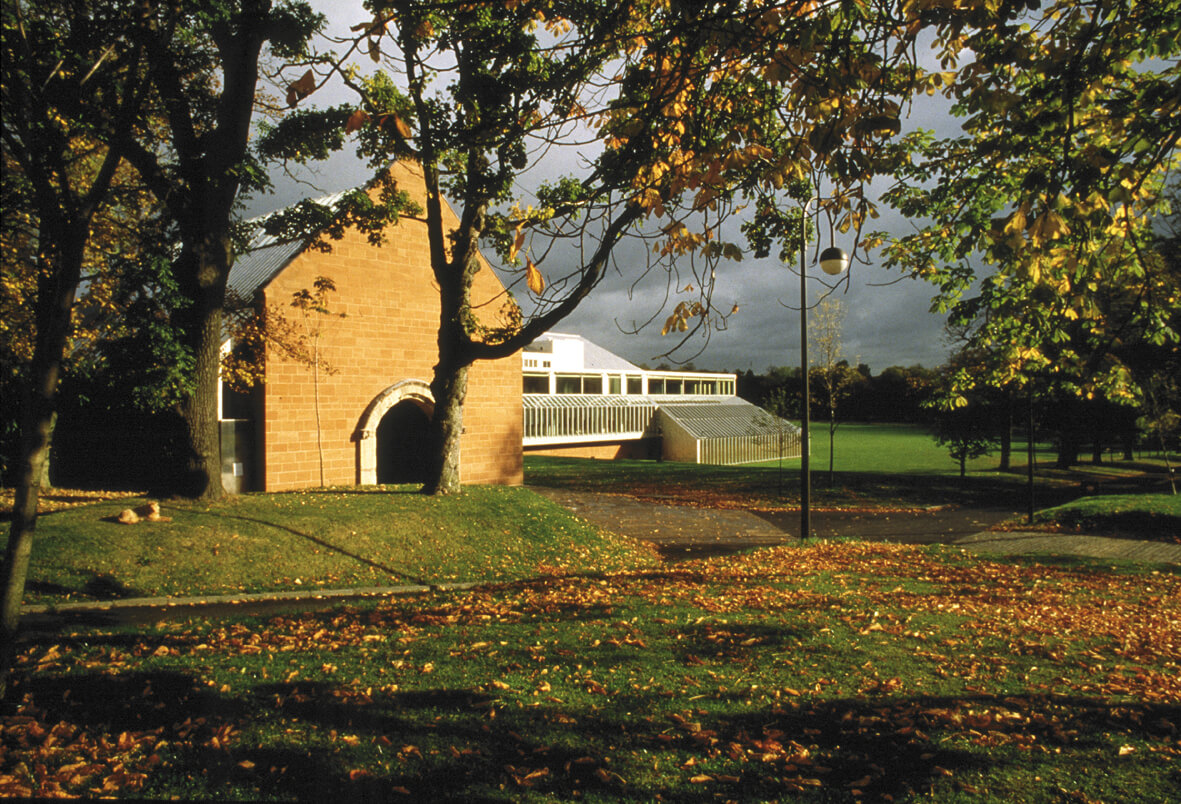 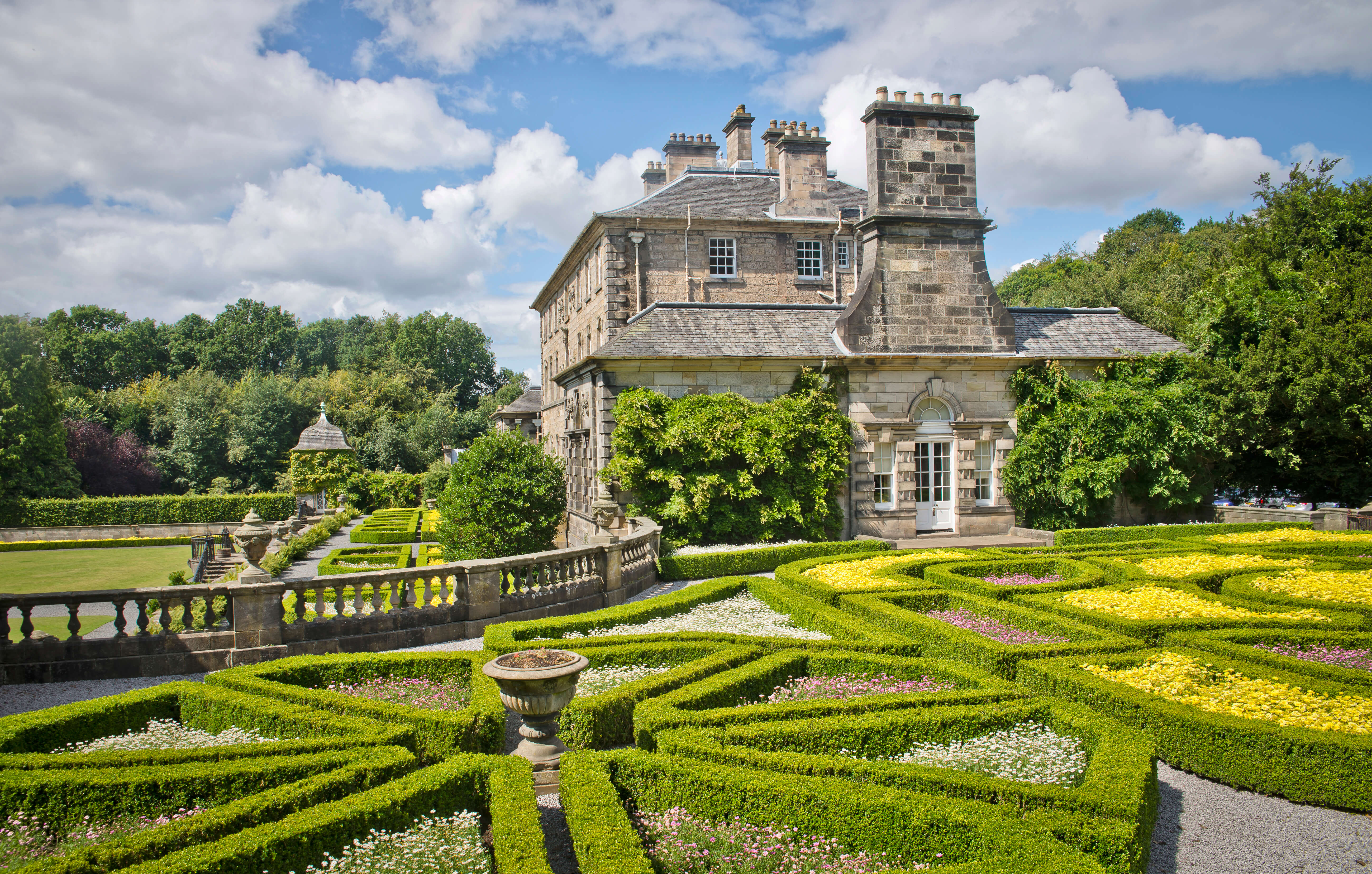 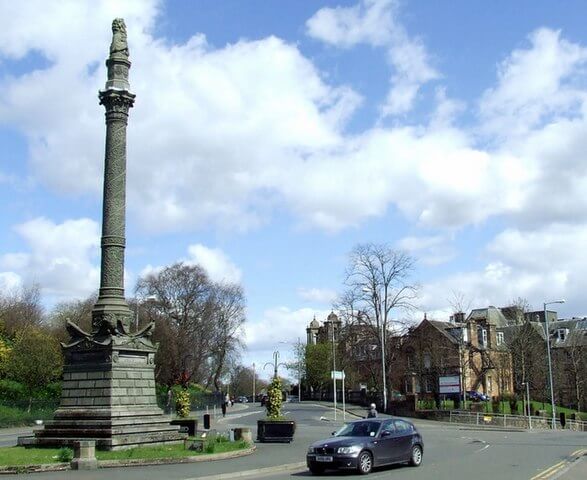 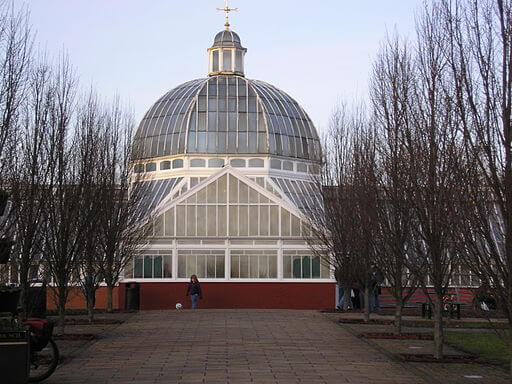 The world-renowned Burrell Collection is housed in a purpose-built building located in Pollok Country Park and designed to hold the large, eclectic antique and art collection of shipping magnate William Burrell, who donated the collection to the City of Glasgow on his death.

The collection includes many significant treasures from all over the world:

Sir William Burrell was a highly successful businessman and international art collector. He and his wife Constance generously gifted their Collection of some 9,000 objects to Glasgow in 1944. A purpose-built gallery was built in the grounds of Pollok estate close to the Pollok House. The Burrell gallery was opened by Queen Elizabeth II in October 1983 and served as a catalyst for the rejuvenation of Glasgow as a major cultural city. Temporarily closed for renovations, Burrell’s great legacy will again boost Glasgow after the re-opening of the Burrell collection in 2021. 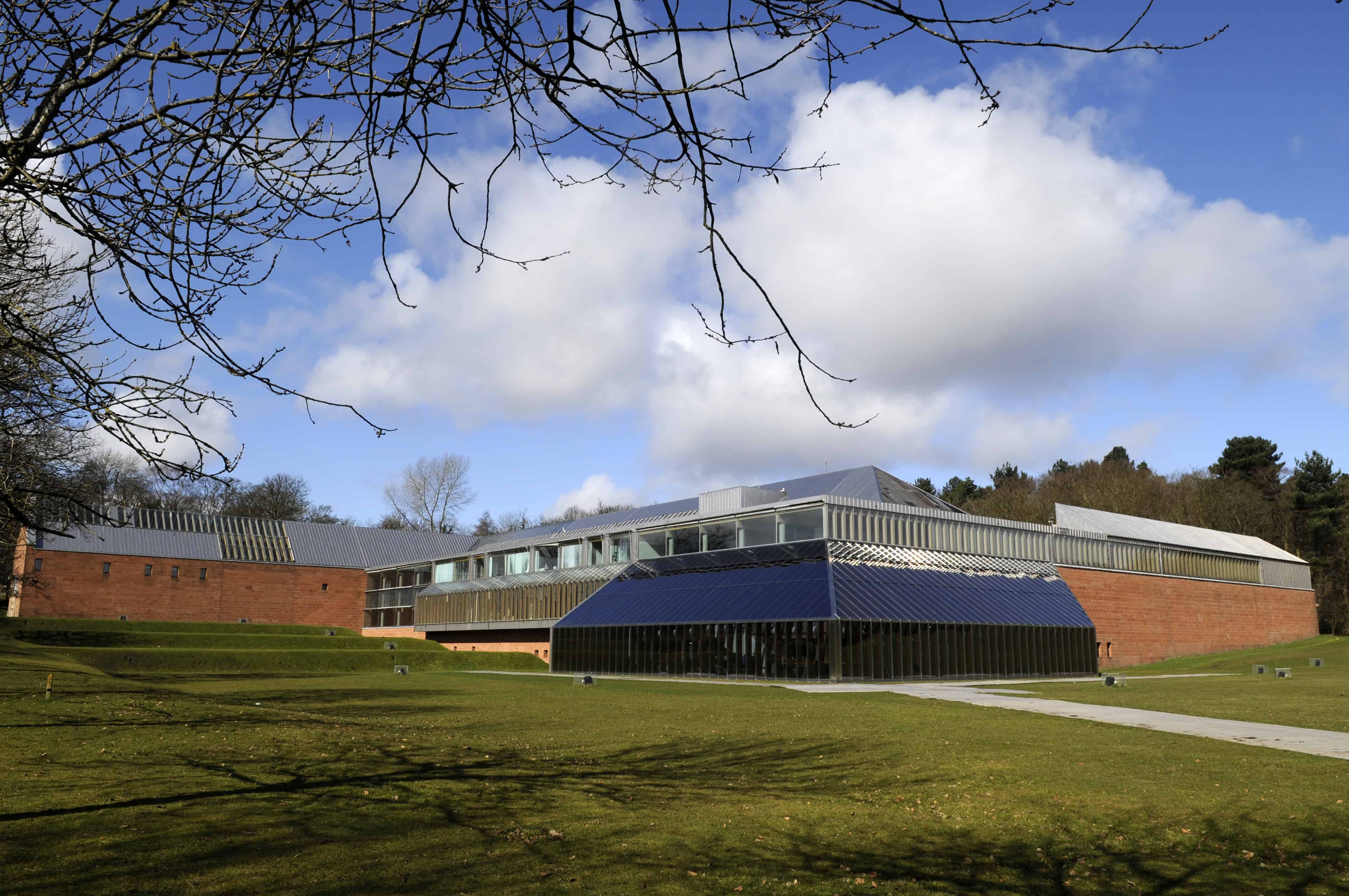 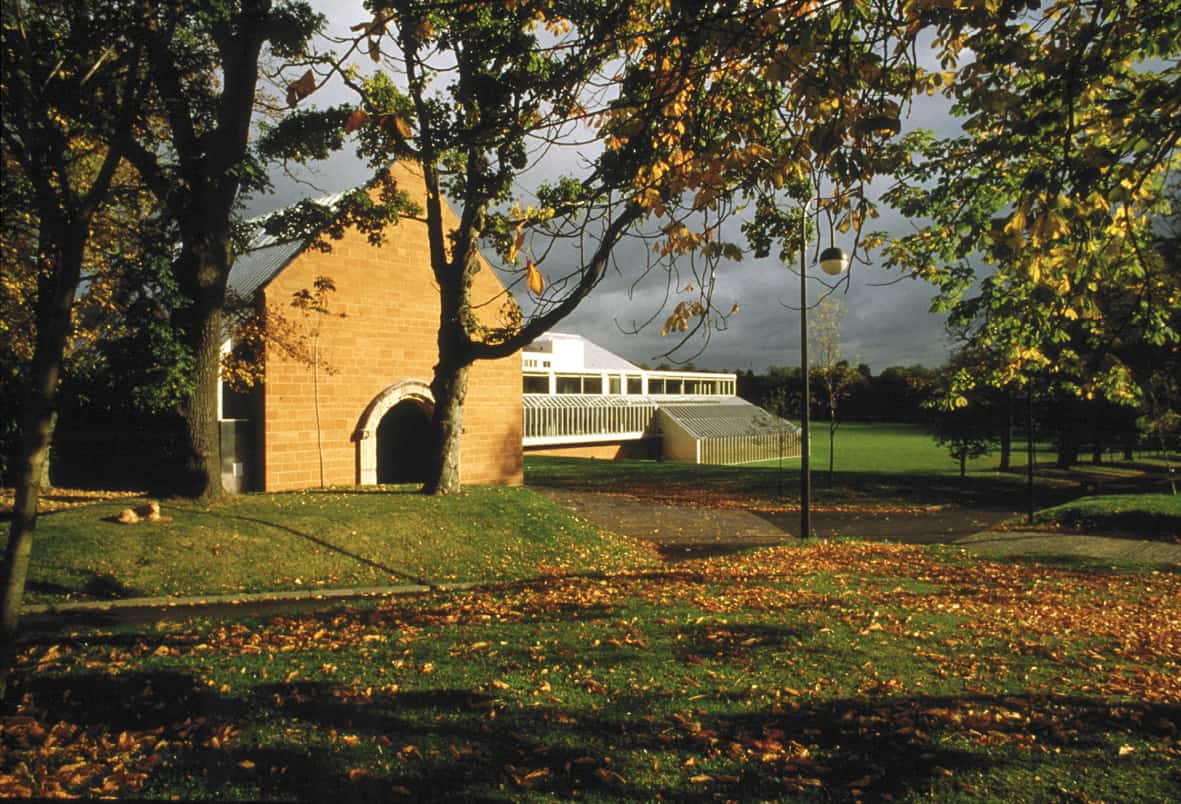 Pollok Country Park is a 146-hectare (360-acre) country park located in the suburb of Pollok. In 2006, Pollok County Park was named Britain’s Best Park, and in 2008 it was named the Best Park in Europe, beating competition from parks in Italy, France, Germany, Poland and Sweden.

The park is Glasgow's largest park and the only Country Park within Glasgow. Its extensive woodlands and gardens provide a quiet sanctuary for both visitors and wildlife. Pollok House, administered by the National Trust for Scotland, is also situated in Pollok Country Park.

The park is rich in rural history formerly being part of the Old Pollok Estate, which was home to the Maxwell family for over 700 years. In 1966 the Maxwell Macdonald family gifted the estate, including Pollok House, to Glasgow Corporation with the condition that it remained a public park.

The legacy of the Maxwell family lives on through this and Maxwell Park, located at the centre of the nearby suburb Pollokshields (Scottish Gaelic: Buthan Phollaig, Scots: Powkshiels) which is a conservation area, originally developed in Victorian times according to a plan promoted by the original landowners, the Stirling-Maxwells of Pollok, whose association with the area goes as far back as 1270.

Another feature of interest within the park is the award-winning fold of Highland cattle. This fold is the most accessible of this species for the majority of Scots.

Pollok House was where it all began for the National Trust for Scotland, back in 1931. The discussions for its founding took place inside Pollok’s cedar-panelled smoking room. This elegant stately home, is an example of Georgian grandeur that reflects the lifestyle of the wealthy of the time.

A grand country house near Glasgow city centre, Pollok House is Scotland’s answer to Downton Abbey and gives a real taste of upstairs/downstairs life in the 1930's.

Take a wander around Pollok House’s upper floors for a fascinating insight into the upper-class Edwardian lifestyle (looks like a movie set!) . The opulent family rooms are packed full of period furniture and artefacts; the library was designed to hold 7,000 books. An impressive art collection was amassed by Sir William Stirling Maxwell, including an extraordinary number of Spanish paintings and portraits of the Habsburg rulers. You can also admire the unfinished portrait of Sir John Maxwell, started in 1822 and thought to be Raeburn’s last painting.

Venture below stairs and a maze of tiled passageways is an eye-opener to the scale of work it took to run this house. In its heyday, Pollok had 48 members of staff to look after just 3 residents!

Refuel in the Edwardian Kitchen café and enjoy delicious soups, cakes and the Trust’s signature scones 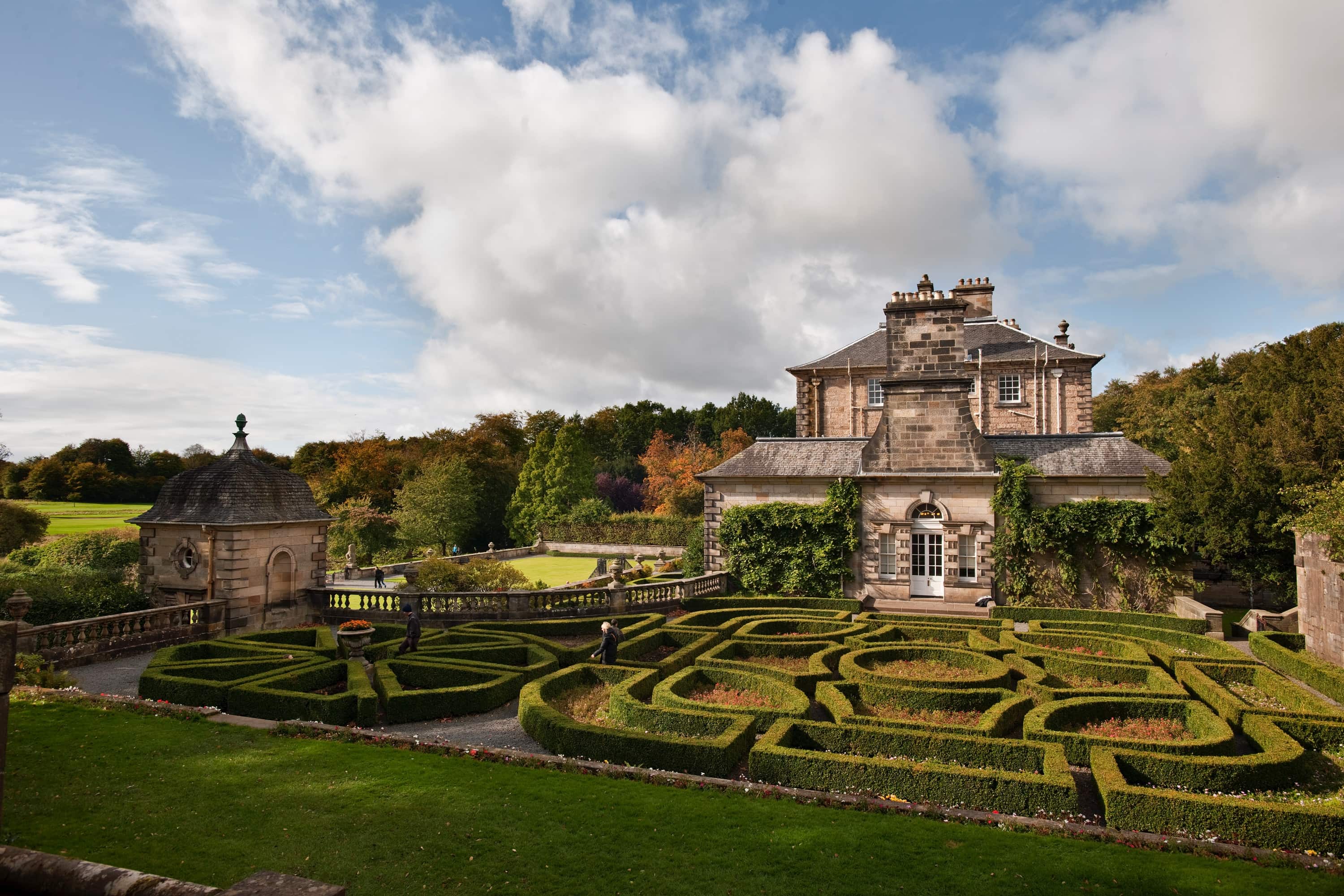 Queen’s Park, covering 60 hectares (148 acres) was created in the mid-19th century, designed by the renowned landscape architect Sir Joseph Paxton with design modifications by city architect, John Carrick. It is the third oldest park in Glasgow.

The original plans of 1860 showed a complimentary mix of formal and informal features. These plans were considered too extravagant, and the plans were modified so that he south side of Queen’s Park was laid out naturally, with pleasant grassy slopes and woodland areas with more formal structures to the north. Paxton’s original design is evocative of the grand Victorian manner. The main drive from the Victoria Road entrance sweeps through impressive entrance gates, up a grand granite staircase and on to a magnificent terrace some 750 feet long and 140 feet wide.

Given Camp Hill’s commanding views over much of the surrounding countryside; it is perhaps not surprising that the flat-topped summit has been occupied since prehistoric times. The remaining circular earthwork may date originally from the Iron Age (1000BC – 1000AD), with evidence of some re-use in the medieval period.

The park itself is built with a central hill, upon which stands a massive flag pole. From the base of the pole, part of Squinty Bridge, the spire of the University of Glasgow and beyond to Ben Lomond and the Campsie Fells can be seen to the North. Along from this hill resides the glasshouse nursery for exotic plants, as well as the reptile centre.

Further down the hill, in the south-west corner, is Camphill House and Langside Halls, the latter a former National Bank of Scotland. In 1891 the area split from Glasgow, and in need of a public hall, the bank was dismantled from its location on Queen Street in the city centre and reassembled here between 1902 and 1903.

In the area where the Camphill Hothouse used to be now lies the Scottish Poetry Rose Garden, where roses bloom among statues and dedications to Scotland’s best wordsmiths.

Queens Park was named after Mary Queen of Scots, who fought her last battle in nearby Langside, against her (illegitimate) half-brother James, Earl of Moray and Regent of Scotland.

Maxwell, Laird of Pollok, one of Mary’s adherents, was created a Baronet in the course of that eventful day and that was one of the last exercises of her power.  There are monuments located at the site of the battle

To the west of Queens Park in Pollokshields lies Maxwell Park, which is named after this family.

Between the two parks, in the adjacent residential conservation zone of Strathbungo ('Bungo) lie Moray Place and Regent Park Square.  These are named after James, the victorious Regent of Scotland.  In fact, Strathbungo was originally to be named Regent Park).

The area now known as Queen’s Park was originally part of the lands of Langside which belonged descendants of the same family, the Maxwell’s of Pollok. By the late 17th century, the western part had been sold off to form Camphill Farm, which passed through several generations of the Crawford family before being sold in 1799 to Robert Thomson, a manufacturer in Glasgow, who built Camphill House. His son Robert Thomson bought the adjoining Pathhead Farm from Sir James Maxwell of Pollok in 1834 and his grandson Neale Thomson sold it for £30,000 to the Glasgow Corporation in 1857 for the purpose of forming Glasgow’s third public park.

Today, the park is a central point for Southside residents and popular all year round, with the hills good for sledding in any winter snow. There is even a music festival held at winter times inside the glasshouse called “The Wee Chill”.

This too is typical of the Glaswegian spirit and wit. No matter the weather, they "just get on wi' it".

Throughout the year there is also a Farmer’s Market on the 1st and 3rd Saturday of every month, offering fresh, locally sourced produce.

Hampden Park is located in the south of Glasgow and is almost 3 miles from Glasgow’s city centre.

The stadium lies a 10-minute walk away from Mount Florida and King’s Park rail stations. Take the train from Glasgow Central for the 10-minute journey (5 minutes more to King’s Park).

Alternatively you can take bus 75 from Ingram Street (opposite the Gallery of Modern Art and the Duke of Wellington statue), in Glasgow’s city centre. The journey takes 15 to 20 minutes.

Hampden Park was built in the early 1900s to provide then top-club Queens Park with a larger home. It officially opened on the 31st of October 1903 with a match between Queens Park and Celtic (1-0).

The stadium was bowl-shaped, with one covered main stand and vast terraces on all other sides. It then counted as the largest in the world and broke several attendance records, including in 1937, when it recorded its highest attendance when 149,415 fans came to see an international between Scotland and England. A week later, the Scottish Cup final between Celtic and Aberdeen drew an almost similar crowd.

Redevelopment works started in 1991 and were finally completed in 1999. The Scottish Cup Final of that year was the first match played at the new all-seater stadium.

Hampden Park now serves as the Scottish national football stadium, hosting all of Scotland’s home games, and is the annual venue of the Scottish Cup final.

It is also used for large concerts.

Hampden Park offers the Hampden Experience, which is a combination of the Scottish Football Museum, a stadium tour, and the Hall of Fame.


Whisky me away!
The Glasgow Whisky Festival is held here around the second weekend of November each year. The event generally has approx. 70 exhibitors, showcasing whiskies from around the world, with a focus on Scotland’s whisky distillers, especially those closest to Glasgow (perhaps allowing for a tour of your favourite distillery later in your vacation, should time permit…) Tickets are released for sale 6 months earlier (late April) and sell out quickly. Contact Tickets Scotland ( +08444 155 221 between UK 9 am – 6 pm), to not miss out.

From Hampden Park to head back to the city centre is easy by rail from nearby Mount Florida rail station or by bus along Cathcart Road (both west of the stadium) to George Square..

Once back to where you are staying, it’s time for the reward for a long day by putting your feet up and sipping one of Scotland’s finest malt whiskies as a pre-dinner (or performance) appertif. Enjoy!

Not yet thought about meals or accommodation? Here is our guide to Glasgow's best restaurants & accommodation - there is something for everyone.

Whisky me away: If you enjoy a wee dram, quite a few distilleries lie not far outside Glasgow. This might be fitting “extra” day for your visit to Glasgow – a whisky trail tour is available to learn more about the distilleries and the regional tasting differences.

Closer to home, there is a tour of Glasgow's whisky bars by Dramble Tours, with a knowledgeable guide.

If not enough time for a tour, instead head to the Pot Still, located on Hope Street in the city centre. Chat with the friendly and knowledgeable bar staff and have your own "tour" without leaving the comfort and warmth of the folk in the bar.

I hope you’ve enjoyed your time in Glasgow. My favourite memories from my first time in Glasgow are Kelvingrove Gallery, walking along Ashton Lane and Byres Road (sampling some local refreshments) to the Botanic Gardens, the sandstone Victorian architecture and eating delicious scallops almost the size of ice hockey pucks !

What will your favourite memories be ?